Psycho Drama: On the Set with ‘Adelaide’ Director Whitney Wright

Above, Gianna Dior as the title character of Adelaide, a drama directed by Whitney Wright for MissaX.com. A version of this article ran in the November 2019 issue of AVN magazine. See the digital edition here.

The shoot house is on a busy street. Newly painted white walls, wide hallways leading to decorated bedrooms. Nobody lives here, a point underscored by the large Klieg light on a five-foot stand by the white couch in the living room.

Whitney Wright is directing Adelaide here for Missa X, a suspense thriller based on her own 21-page script. “I knew from working with Whitney as an actor that she is incredibly creative, and when she expressed an interest in writing and directing for us, I was thrilled.” Missa X told AVN. “Whitney Wright does it all: she writes, she casts the actors for her roles, she hires her own production team, directs, and sends the end product to our editing team in Wisconsin. I enjoy working with Whitney because she writes what’s in her heart, but also thinks about the customers and how she can satisfy them. She is in constant communication with MissaX and AllHerLuv customers on the sites.”

On this last day of shooting, Wright is all business: no makeup, in black shorts and a black T-shirt with a picture of Anna Nicole Smith with her octogenarian husband in front of a Christmas tree with a large caption: BLESSED. Wright busies herself arranging paraphernalia on the wall of Adelaide’s bedroom, creating an assemblage that will be suddenly revealed as a surprise. Asked about the assemblage, Wright details the set-up to the final, climactic scene, effortlessly recounting the entire convoluted plot. 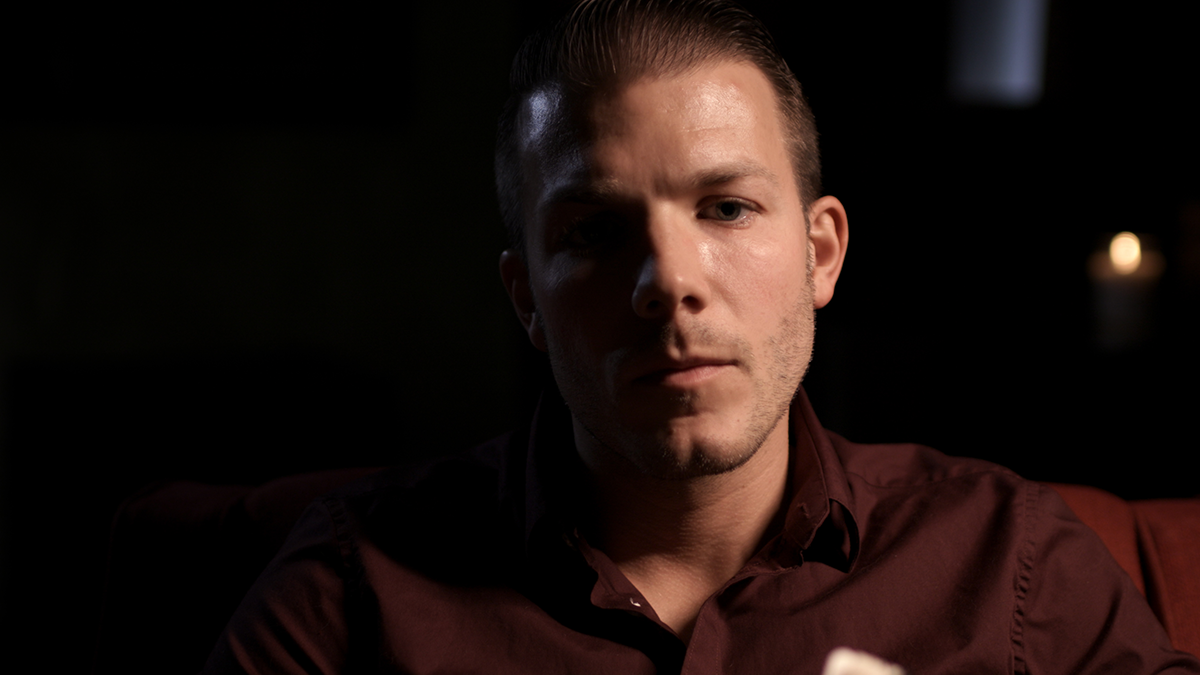 Missa X praises her new director: “Whitney loves to write edgy films, like Adelaide for MissaX.com, but she can write a heartwarming romance full of sexual tension and comedy just as well, as she did in Forever Young for AllHerLuv.com.  She studies cinema techniques, plays with light, and will stay on set for hours until she gets the perfect shots for our taboo stories. I can’t tell you enough how much we enjoy working with her.”

Wright proudly describes a wordless sequence where Adelaide and another character parallel each other’s actions in different places. “I got it from Christopher Nolan’s Inception,” Wright says. “It’s a little dark. I’m not gonna lie, it’s intense. I’m excited about how it’s coming together.”

Codey Steele, who will play the psychiatrist who confronts Adelaide in the climactic scene, shambles into the bedroom and stretches out on a rug on the floor, pointing out that scene prep is easier for male talent: “We don’t have to go through makeup.”

“Her skill is amazing,” Steele says of Wright. “I’ve known her as a performer, performing with her, and now she’s directing. As a performer, she understands what’s possible from performers. She does a very good job at bridging that gap between what she knows she wants to see and what’s actually possible to see. She’s not just another talent that wants to direct: she takes it seriously. She’ll tell you what she needs, she’ll help you, and she’ll act it out in front of you as well. I’ve gotten ‘Just do it better’ from some directors. They don’t give you the encouragement that she does. It makes it so much easier.”

Gianna Dior plays the titular role. “Adelaide is me, honestly,” Dior says. “I wouldn’t say I’m evil, [chuckle] but I have evil thoughts that go through my head. Adelaide acts on them. She’s more or less just fucking over everyone in the story. That’s what drew me to her, because it’s—relatable. [laughter] I love Adelaide. This is my first big acting role. I got the script three weeks ago and I’ve been reading it every night. This morning I did arts and crafts in the bedroom with Whitney, getting into character. Having sex in character is liberating. Last night, my scene with Khloe Kapri was very manipulative. I had to focus a lot more. It was a challenge.”

To lead into the final, climactic scene Wright sets up a lengthy hand-held tracking shot, following Steele as he stalks from the house’s entrance gate through the dark house to Adelaide’s bedroom. The living room Klieg light is moved out of camera range, because it looks like crew carelessness instead of funky décor.

In the bedroom, Wright carefully stages Steele’s entrance for the hand-held camera, factoring in the small size of the room and the reflective windows in the entrance door. This is the final climax, the end of the movie, and Wright has saved it for the last thing to be shot. In the scene, Steele, seething, wants to cut off Adelaide entirely, as Adelaide seductively tries to take upper hand. Wright works out the action with Dior and Steele, then they run through the scene as Wright views it on monitors, safely off-camera in the nearby walk-in closet. Steele enters the bedroom and the camera orbits around him to show the wall assemblage. As he reacts, Dior slowly walks up behind him. “As you talk, move closer to him,” Wright directs. “Okay, sit down on the bed on that line.” Dior steps back, repeats her line, sitting down in mid-sentence. Much smoother.

Satisfied with the run-through, the cameras and performers return to their original positions. On “Action!” Steele stalks in and the camera tracks around him to view the assemblage, then continues around to show his facial reaction. Over his shoulder, Dior is revealed as she approaches him, stepping out of a dark corner of the room. He confronts her, angrily, making no mention of her nudity. As she replies to him she moves closer, climbs on the bed slowly, subtly, talking all the while. He sits on the bed. She reaches over, touches his thigh, moves closer. They kiss. His anger starts to give way to desire. He reaches for her and—“CUT!”

The crew moves to move the monitors out of the closet—so Wright can direct the action from inside the room—quickly, quietly, not to lose the moment. Wright approaches the bed, speaks quietly to Dior and Steele, then steps over to the repositioned monitors. “We’re in the final stretch,” Wright says energetically. “They were making out. Everybody ready?” Mumbles of assent. “Speeding.” Slate.