She continues, “I really think it was from Instagram. For some reason the content that I was posting—like the algorithm was really picking it up—and it was reaching a lot of people. I don’t know why.”

“And I’ve noticed there’s a lot of things that I’ll think about at one point and then it ends up happening. I think it’s just like—I don’t know, it sounds weird—but just like manifestation of what you think,” Rhoades says. “It was after I thought about that and I wasn’t really thinking about it anymore. But it ended up happening. 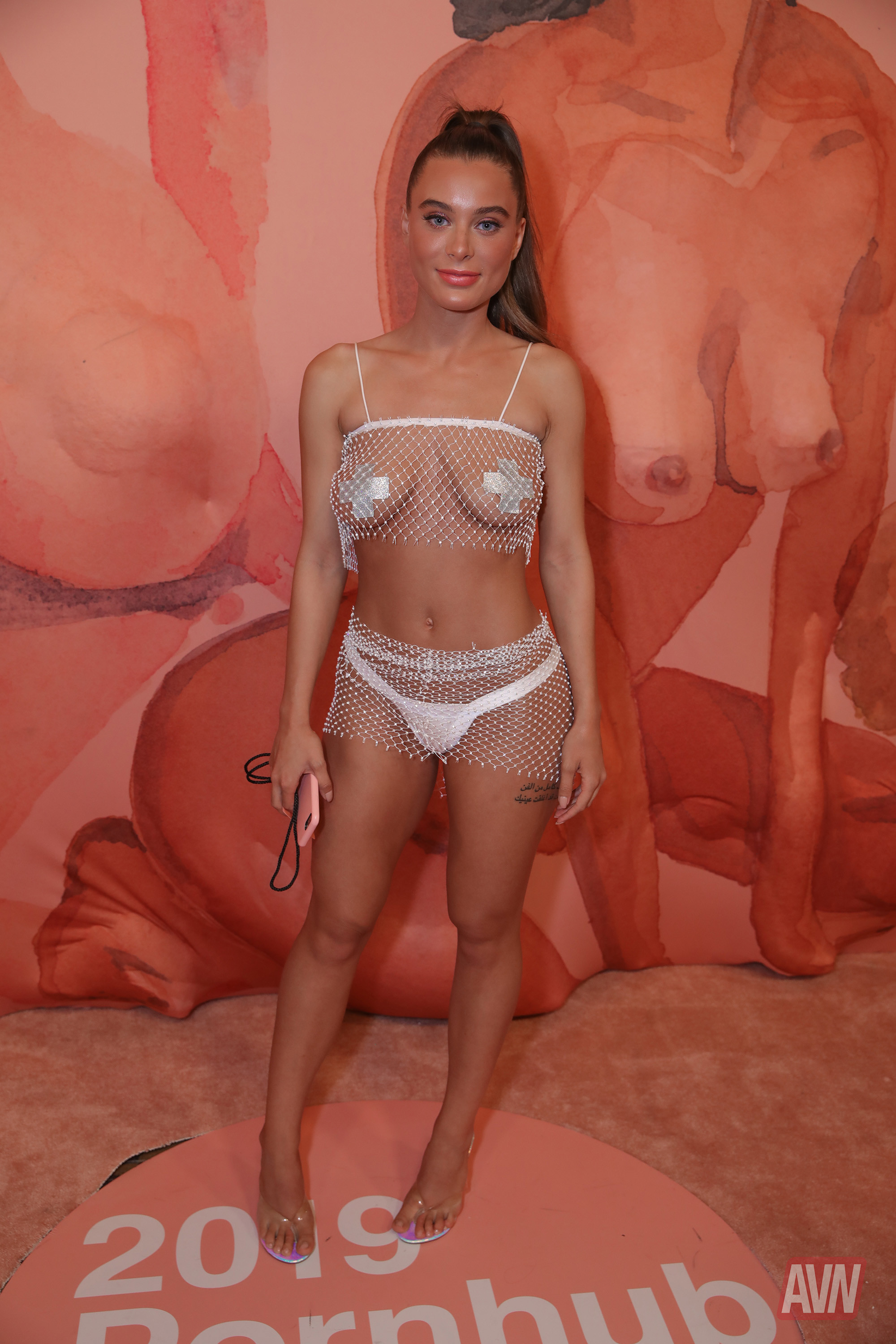 “So I was like, ‘What am I going to do next?’ So for a while I went without doing anything.

“Then I started doing the [social media content]. And when I saved some money from that I actually started a company now selling male enhancements. Because I have a perfect audience for that.”

“I really want to get into making my own products—like a performance range of condoms,” Rhoades says.

She came up with the original idea in August 2018.

“And then I put it into motion around last October,” she says. “That’s when I registered the LLC and all that. I got all the licenses to operate in my city and the re-sale licenses. But then it took me eight months to even launch it. I don’t think I launched it until March this year. It’s doing really, really good and I’m using social media to push it.

“Because you know with Instagram you can sell anything on there. It’s a great opportunity for anyone to start a business.”

Rhoades chose YourWilly as her brand because “it’s like a funny name.”

“It’s catchy. Everyone remembers it,” Rhoades says. “It was supposed to be Male Solutions and that’s our LLC name, but the domain was 20,000 dollars. So I ended up switching it.”

YourWilly sells testosterone and fertility supplements, over-the-counter medications for premature ejaculation and erectile dysfunction and also has a small toy section that includes her Fleshlight and those of other girls.

“I’ve had some other girls also promote it. So it turns out good for Instagram because I just have them pose with their Fleshlights, so it doesn’t seem too sales-y,” she says.

Rhoades vets the products on YourWilly and then buys them wholesale.

“I did a lot of research to pick out the best products from a select few companies that I really liked,” Rhoades explains. “I read their clinical studies and I picked each product myself to be featured in the store. Later on I would like to make my own product. But in order to get packaging for your own product—even create your own product—you have to order huge amounts. … So right now I’m just carrying other brands’ products that I did research on.”

She continues, “There’s a little bit of a screening process before you can buy the product. They want to talk to you on the phone; they want to know you’re not selling their products on Amazon.

Rhoades says her products are not made for people with serious medical conditions.

“It’s for people who want just a little bit of a boost,” she says. “It’s not to treat serious, full-blown ED and stuff like that.”

When she redesigns the website in the coming months, Rhoades says she will become more of the face associated with it.

“Whenever you have a website you have to constantly upgrade it and invest in it. So the next time that I upgrade it I’m going to do some videos of me talking and also pictures of me with the stuff and the story of how I started the website. I just think it would make it more trustworthy for people that are visiting the website for the first time.”

Rhoades says the creation of YourWilly made a lot of business sense due to her enormous social media following—she has almost 875K followers on Twitter and more than 5.7M on Instagram.

The curvaceous native of Chicago—who moved back to her hometown more than a year ago—has become such a force on Instagram that now she does sponsored posts for the global fashion brand, Fashion Nova, as well as other brands.

“And I was like, ‘Wow, they’re making way more than I make from doing scenes [from] doing posts. I want to be like that.

“So I have a six-month deal with them for a set price per month. So they send me clothes and they also pay me each month per post. I get more per post now than I used to get per scene. So lots of girls need to focus on their Instagrams.”

Thanks to her lucrative social media platforms, Rhoades bought her first house earlier this year.

“It’s definitely a blessing and I don’t think it’s going to last forever. So it’s important for girls to save it and work as hard as they can while it’s there,” she says. “Because the platforms don’t necessarily want you selling X-rated content.”

Rhoades admits she’s “extremely cheap,” noting her new house was in foreclosure when she found it.

“I was just saving and saving and saving. I looked at my bank account one day and I was like, ‘Wait, I have enough money to buy a house,’” Rhoades recalls. “So I found a really good deal. I found a foreclosure that was just an insane deal in the best area. But it had a lot of work that needed to be done.

“There was water damage on the ceiling. It was foreclosed on so he punched holes in the walls. He just messed up his house because he lost it. So we’ve been redoing it slowly. But whenever we do decide to sell the house I’m going to make a couple hundred thousand dollars because I got such a good deal just because of the little bit of damage that was in it. Plus I’m customizing it how I want.

“But I wouldn’t buy something if it wasn’t a great deal.”

She says she’s frugal “probably because I was raised that way.”

“My mom, even when I was going to the grocery store when I was a kid, she’d be like, ‘You can’t get raspberries, they’re too expensive.’ She was so cheap,” Rhoades says. “Sometimes I wish I was a little more willy nilly but…”

Rhoades says she also gets recognized a lot in her neighborhood.

“It’s like all the time and it’s kids that shouldn’t be asking,” she says. “They’re too young for pictures with me. I don’t want their parents complaining because you never know.”

She looks back on her stint as a full-time performer with mixed emotions.

“I think some times were good but I think towards the end I was doing stuff to make other people happy and I think I did more than I wanted to,” Rhoades says.

“That’s not anyone else’s fault because I literally told everyone I want to do this. It’s just my fault for not being honest.”

Sometimes Rhoades will do boy/girl content with her husband for social media.

Rhoades also posts on her YouTube channel called Butts n Vlogs, where she has racked up 285K subscribers. She wants to reach one million in the next six months.

“I’ve been doing try-on hauls,” she says. “That’s like a big thing now, just girls trying on clothes. … Guys like watching girls try on clothes for some reason—like swimsuits and stuff.”

Her upcoming book will be about her life.

“But it’s a fun process learning how to do things.”

She says she enjoys helping up-and-coming girls tap into their potential.

“That’s definitely what I try to do is help the other girls realize all the other opportunities that they have,” Rhoades says. “That’s one of the reasons why I wanted to shoot [content] with Gabbie [Carter] because I wanted to tell her to get on her Instagram. ‘Like I see tremendous potential in you.’ That’s one thing that I definitely try to tell other girls is all the stuff that you can do.

“She’s a little more wild and fun I noticed. … I sort of see a little bit of myself in her.”

“Just being consistent and also like I said before, it starts in your mind and what you think about a lot. And if you wake up every day working towards something—it’ll happen for you. It doesn’t matter who you are or what you’re doing. If you really want it I think anyone can get what they want. I really think that it works.”