Nicolette Shea is featured on the cover of the December issue of AVN magazine. Click here to see the digital edition. Photography by Keith Ryan.

LOS ANGELES—Nicolette Shea stopped traffic on both coasts during a two-week span in the fall.

The bombshell performer on September 29 caused a scene in broad daylight when she danced on a cop car in Tribeca, sending onlookers scrambling for their phones to record her.

“Every city I’m in I’m getting into trouble,” Shea jokes. 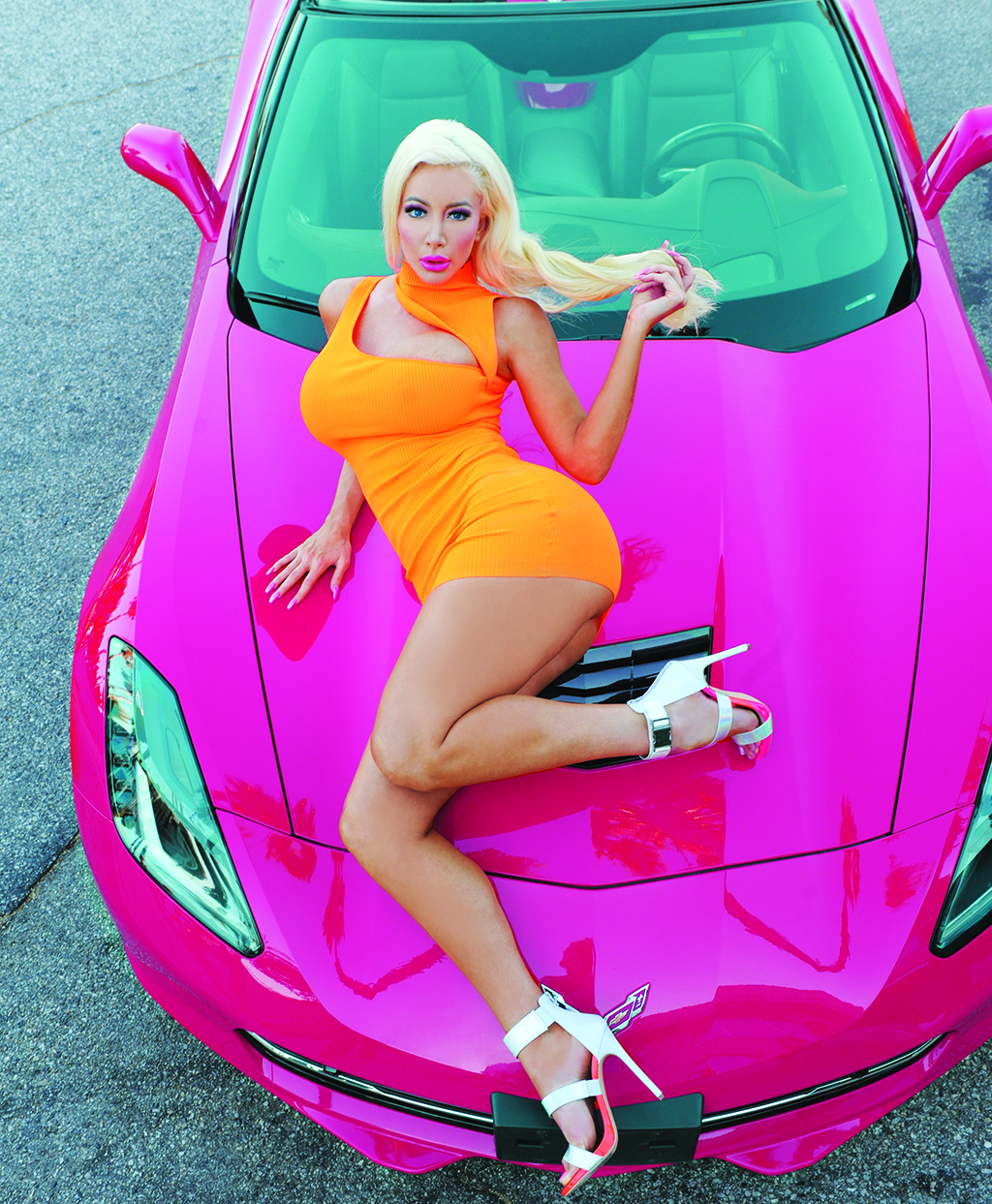 “I’ve really enjoyed every minute of it,” Shea tells AVN. “I’ve gotten to work with a lot of extremely creative, talented people. I’ve gotten to experience a lot that I never would’ve thought I’d be able to. It’s been quite a ride.

“I’ve been blown away by the amount of love I’ve gotten from my fans and people that don’t even know me that just follow me on the internet. I’m very appreciative of the Shea Squad. I’m so thankful for them and I couldn’t be more appreciative of the love that they’ve shown me. I wouldn’t be here without them and a lot of my fans have been with me since Playboy.”

Shea continues, “We’ve been working a lot on this scene. I’ll have several wardrobe changes and we’re shooting for two days in November. One of the days we’re shooting inside a huge mansion in Vegas. The production value, the money spent, and the time and effort on this is a lot, so we want to make sure that everyone enjoys this scene.”

Shea would only reveal she is working with 2018 AVN Male Performer of the Year Markus Dupree in the top-secret production.

“We filmed it in Palm Springs. It was a 10,000-square-foot mansion that we stayed in for four days. It’s a very high-energy contest because whoever wins has to out-fuck each other. It took everything in me and I was very excited to win. It was a marathon of fucking for three or four days.”

Shea adds, “Basically we fucked the whole day and the whole night, so I can’t really remember specific scenes. … We actually didn’t know when we were going to film. Guys were given the cameras and supposed to surprise everybody—in the shower, in the kitchen, in the pool. It would just erupt in sex. It was a very fun, free-spirited environment and we also had challenges throughout the day, like blindfolded challenges.

When Shea isn’t working, she probably is at the gym maintaining her hard body. Once in a while the Las Vegas resident also will still take guys’ money at the poker table.

“It’s just more of a hobby. It was more of a serious hobby before,” she admits. “I miss having lots of time to play. Before I was focused on my adult career I had all the time in the world to play. Now I have a lot of places I have to be and things I have to do, and when it comes to my free time, I value it hugely.

“Sometimes I’ll go play poker, but I’m usually very chill when I have my days off because I do so much throughout the month. I spend them usually with my dog; her name is Angel.

“She has a full-time sitter that takes care of her when I go out of town. She’s always ecstatic when I come home. She’s a pitbull and I’ve had her since she was eight weeks old. She’s a Blue-Nose Pitbull, a smaller one. There were five puppies in her litter and she was half the size of everyone else. She’s only 45 pounds—black and white. She’s gorgeous, really pretty eyes. Just the sweetest. She’s almost a little bit timid and shy. She’s got a lot of personality. She’s four-and-a-half now, which I can’t believe.”

Shea also is the official spokesmodel for the Indianapolis-based TruDripCBD, a new company that is expanding its line of cannabidiol products quickly behind Shea. TruDripCBD sources product from the first certified USDA organic hemp greenhouse in Colorado, practicing bio-dynamic farming techniques and a “zero-waste” grow and production process.

A woman of many interests, Shea also enjoys flipping houses in her spare time. She specializes in the Vegas market.

“I’m really into real estate,” she says. “I’m remodeling my house and I love remodeling different places. I’m working on my next one right now. That’s eventually what I want to do.”